A reader's review of a recent Levon Helm concert in Utica, NY. 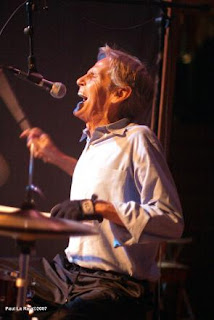 Thanks, Vince!
Yea, Donald Fagen, of Steely Dan, appeared with legendary drummer Levon Helm and his band last night (Sat Sept 26) at the Stanley Theater in Utica. Due to recent surgery to remove a throat lesion - not cancer, but caused by acid reflux - Levon didn't speak or sing, and Donald, along with other members of Levon's band (especially guitarist Larry Campbell and keyboardist Brian Mitchell), helped fill in on the vocals.
Opening with "Shape I'm In" and outstanding as usual, they played for 2 hours with as much energy and enjoyment as you'll ever see in concert. Fagen's part? He switched off piano and organ with regular Brian Mitchell. Then 4th song in (they played over 20) Fagen sang the John Mayall classic "All Your Love." Later, he sang lead on "King Harvest" and they even did an ass-kicking deep shuffle version of "Black Friday."
On "Black Friday" and many others, Levon gave every drummer in the house a lesson on how to play a shuffle groove a mile deep. Just watching Levon throughout the concert, it was clear, even without a voice, he was in charge. You could even see him call Larry over for last minute changes. And smokin' guitar solos, you bet. Joining and trading solos with Campbell was Jim Weider, guitarist in the 90's version of The Band. Absolutely killin'.
Levon played mandolin on a couple of songs, including the Dead's "Deep Elem Blues." You should have seen Levon dance. Also featured prominently were daughter Amy and Larry Campbell's wife Theresa Williams. Amy has a gutsy, bluesy voice, while Theresa reminds me of young Emmylou Harris. Together, they gave "Long Black Veil" a richness and depth that has to be heard. On "It Makes No Difference" the ladies conveyed all the emotion and more from Rick Danko's original vocal. The ladies add a special dimension to the group.
Other highlights included Jim Weider singing his song "Remedy" from The Band's '93 album Jericho, as well as a rousing dixieland tune featuring the world class horn section. There was even a tuba solo by Clark Gayton, and outstanding soprano sax work by Erik Lawrence. Byron Isaacs held down the bottom end on acoustic bass.
They approached the end with "Chest Fever," Larry playing a beautiful guitar solo intro channeling Garth Hudson's organ part. Vocals were spread around the band. After that..."The Weight" with Fagen taking the first verse and the audience singing along. Finished. 2 hours, no breaks. Levon waved, smiled, slapped hands with everyone down front, accepted a rose from a lady down front, and left the stage.
I didn't really expect the encore. But once they all settled back on stage, Fagen at the piano hit the opening chord of "I Shall Be Released." Donald sang the first verse, and the band and the audience shared the rest of the song. Near the end, Levon brought the band down to a whisper, and the on-stage vocals stopped, and the audience filled the Stanley with "I Shall Be Released." There was barely a dry eye in the house.
Vince Sperrazza
Sauquoit NY
Posted by Plochmann at 1:59 PM No comments: 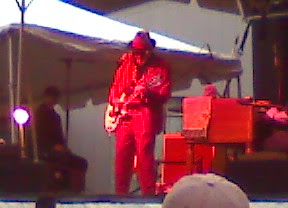 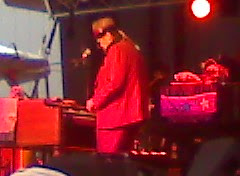 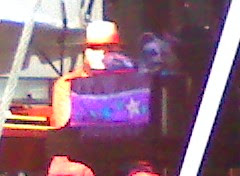 The rain held up for this great concert by Dr. John @ Suicide Six ski area in Pomfret, VT. Mac played over one-hour mixing old & new tunes, including Such A Night made famous from The Band's Last Waltz concert & a few from his latest great album The City Care Forgot. We apologize the quality of pics is a bit weak as they were taken from a cell phone.
Posted by Plochmann at 12:27 PM 1 comment: 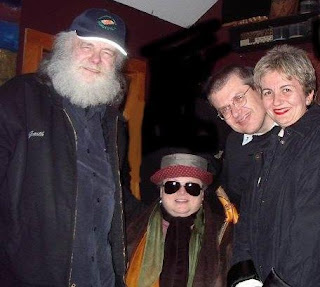 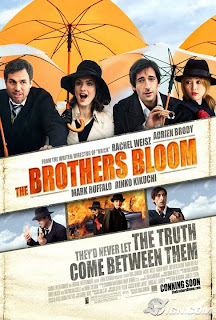